Por Kee – A Name That Had Run Its Course

Por Kee Eating House closed its shutters for the last time on 30 September 2013.

That brought to an end another chapter of my childhood. I will miss it much, not so much for its food which was very pedestrian in its early years, but because I had patronized the eatery since the 60s.

The Chinatown that I remember from back then was abuzz with activity. Smith Street -- on which Por Kee was first located -- was a street market by day and sold all manner of exotic animals. Yes, in those days, pythons, monitor lizards, civet cats, and anteaters were displayed in cages and slaughtered live just like chickens and ducks. By night Smith Street was lined with food stalls, many well known even then, and some of which have survived until today, such as Heng Ji Chicken Rice, Run Ji Braised Duck, Tong Heng Confectionery and etc. 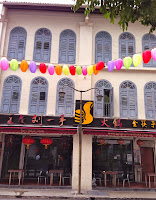 Por Kee occupied the ground floor of a two-unit shop house at No. 76 Smith Street. On the street in front of the shop sat a long aluminium table, above which hung a variety of roast meat. On the tabletop were metal trays displaying fried spring rolls, carrot cakes and buns. There was also a row of huge pots that contained cooked food such as braised pork, steamed chicken, and steamed ribs. These constituted the “one-dish” meals popular with working men who lived without families.

As Por Kee’s premises were at the building corner, a side lane ran next to it, and at its the mouth were placed steamers holding bamboo baskets stacked high with dim sum. There were additional tables along the side lane where patrons could sit and watch rats scamper past.

For me, Por Kee became a favourite place to grab a quick snack of fried spring roll or siew mai before heading off to meet friends. I remember in particular a one-dish meal unique to Por Kee called “smooth chicken rice” or “滑鸡饭”.  From its inception Por Kee was never known for the tastiness of its food, but as a convenient and affordable stop to grab a bite to fill the stomach before heading off somewhere. 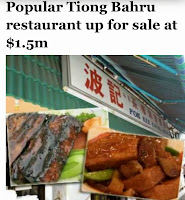 Still, it was a pity that the final night of this half-century-old eating establishment should end with such disappointment for me. I had seen first-hand the ups and downs of their business over the years. And after eating there on their “farewell” night, I understood why they failed to grow or keep up with the competition. Their attitude was abysmal. One incident from many that night should suffice: when I mildly rebuked the waitress for the inexcusably poor fried rice that we were served, she snorted, “You complain now also no use, we last day already.”

I went away from the dinner with a heavy heart and actually felt glad that they had gone at last. 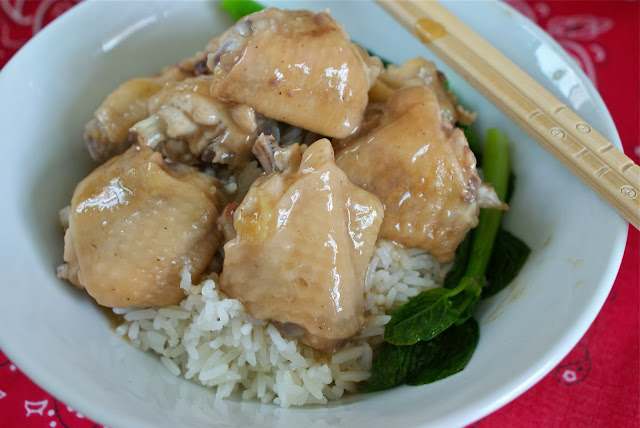