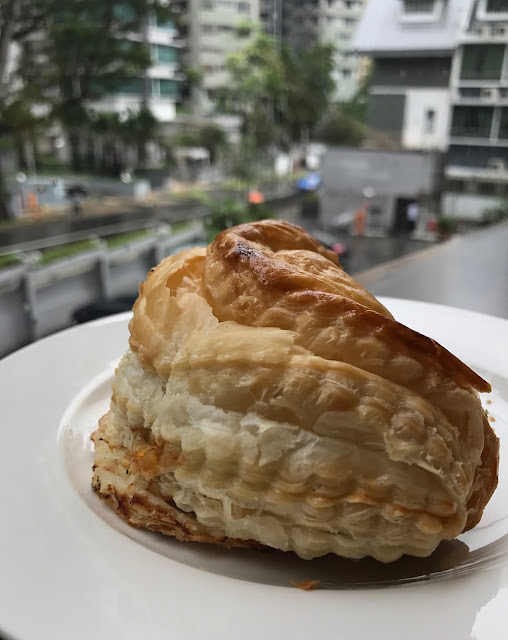 This Puff is Here to Stay
With its myriad forms and flavours, this snack is probably as old as Singapore itself.

If you love the curry puff, or epok-epok, as it’s also known, you are in gastronomic heaven in Singapore. You’ll find this snack everywhere you turn, in various forms, flavours, and even ethnicity. Yes, you heard me right. Curry puffs as made by the Chinese is as different from those made by the Malays or the Indians.

Even the puff’s crusty skin appears to have jumped cultural boundaries. There’s the British-style flaky puff pastry; the European-influenced Indian layer crust; and the Chinese-style dough that is heavier in texture and taste.

Likewise, the filling, which was traditionally curry chicken with potato, or tinned sardines, has gone way beyond these, and stretches one’s imagination. A brief list of fillings you’ll find today are savoury beef rendang, black pepper chicken, and tuna; and sweet concoctions like durian jam, red bean paste, and nata de coco.

Like many foods of our forefathers, the origins of epok-epok are not crystal clear; but could be traced back to the first landings of the Portuguese in Malacca and Southeast Asia in the 16th century. These Europeans brought with them a wealth of new flavours and culinary traditions to this part of the world. In fact, the influence of Portuguese cuisine on local food styles has given rise to the cuisine known as Cristang. One such Portuguese snack was the Empanadas, and it slowly developed into the epok-epok. 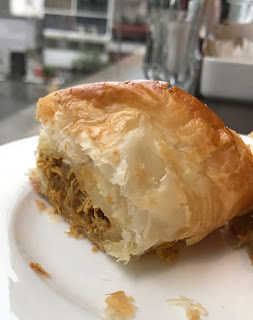 In Singapore, the epok-epok became so popular it was a known fact that the cabinet ministers of our early government would have a certain brand of epok-epok for snacks between parliamentary sessions! And many of us grew up snacking on epok-epok during recess at school, for breakfast, or even at parties.

Tradition, it seems, is good business, as some of the most famous makers of curry puffs in Singapore today would tell you. Then and now, the epok-epok was hard to miss. Today it can be found at hawker centres, coffee shops, shopping malls, and snack counters at public transport hubs, and just about everywhere. Two types of crust seem to be most common and popular: the flaky-textured British-style, and the heavier-textured Chinese-style.

You can find frozen curry puffs in supermarkets these days. These snacks have become lucrative business, and leading manufacturers export epok epok to the Middle East, America, and even Japan.